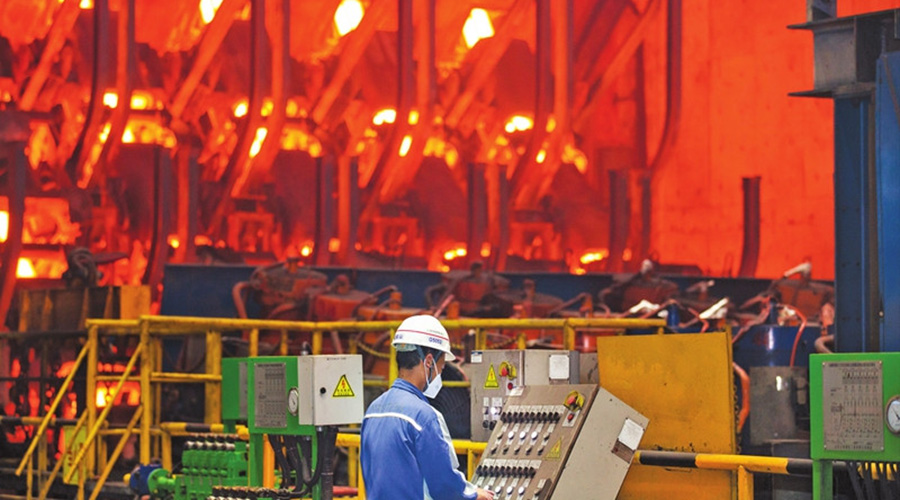 Furnaces in all major steel mills in Tangshan, North China’s Hebei Province, the world’s No.1 steel-producing city that made about 14 percent of China’s raw steel in 2020, are firing again, an industry report showed on Monday.

However, with the nation’s continued pursuit of carbon emissions reductions, the furnaces are kept at 70 percent of capacity, except for those that meet the most stringent emissions standards.

Considering an uptick in steel production in the first half of this year and the nation’s goal of not increasing steel output on an annual basis, industry experts said that raw steel output is expected to be slashed by some 60 million tons in the second half of 2021, which would weigh on the demand for imported iron ore and iron ore prices.

Most steel mills in Tangshan have resumed production at 70-percent capacity, which they plan to maintain until the end of the year, according to a report by industry portal mysteel.com, citing its field survey.

The move is seen as a relaxation from a more stringent production curb imposed earlier, which limited many steel mills to keeping their output at 50 percent, as the government balances strong demand for steel from a recovering economy and its environmental commitment. The steelmaking sector accounts for about 15 percent of China’s emissions.

However, Wang Guoqing, research director at the Beijing Lange Steel Information Research Center, told the Global Times on Monday that steel mills will have to avoid producing about 60 million tons of crude steel in the second half, so as to maintain a commitment of not increasing crude steel output from the 2020 level.

“The production curbs in Tangshan, which started in March this year, could slash crude steel production by 34 million tons a year, which means a reduction in demand for iron ore by 48 million tons,” Wang said.

In the first five months, China’s crude steel output reached 473 million tons, up 13.9 percent year-on-year. That growth was in contrast with the stated Chinese government goal of not seeing an annual rise in crude steel production for 2021.

“Besides Tangshan in Hebei, other steel-producing provinces including East China’s Anhui and Shandong and Northwest China’s Gansu are all facing output reduction targets. This will weigh on demand and prices for iron ore in the second half of 2021,” Wang said.

That could impact major exporters of iron ore to China such as Australia, analysts said.

Australia supplies about 60 percent of China’s iron ore imports, so the projected waning demand for iron ore does not bode well for the country, whose officials have been emboldened to engage provocations against China by the commodity’s surging prices and exports to China, analysts said.